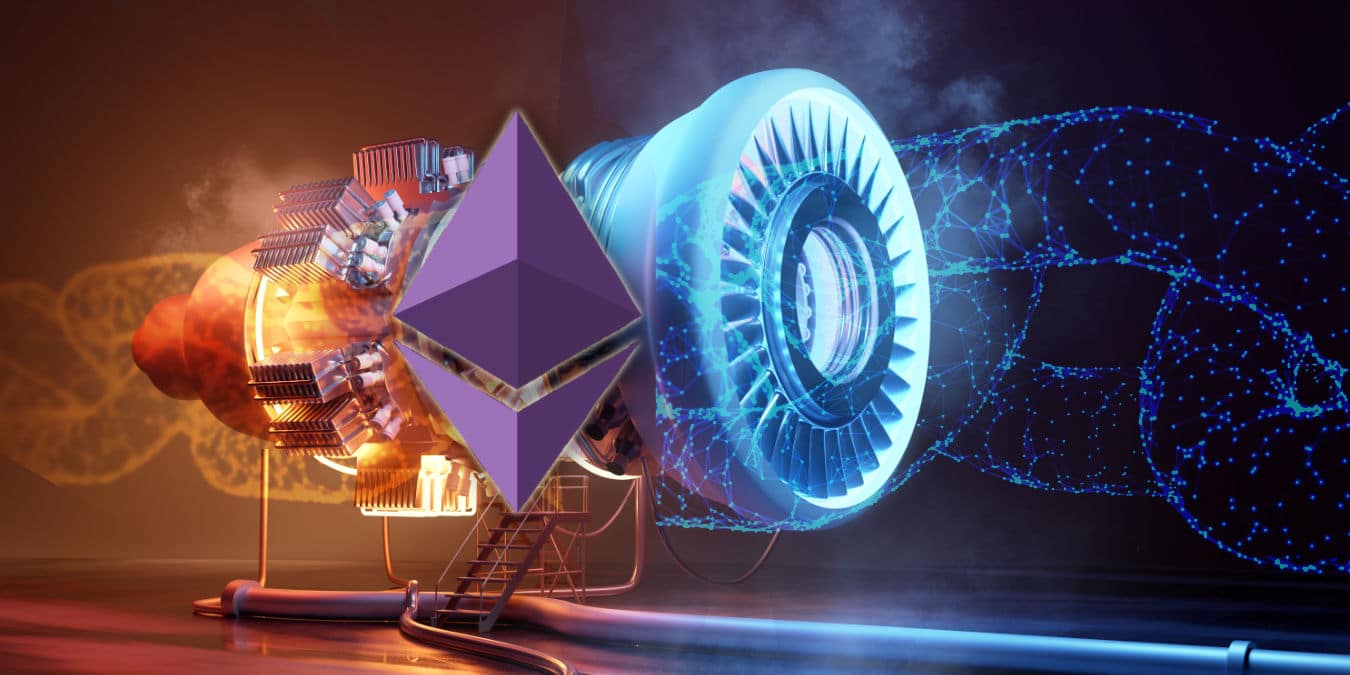 As the most important cryptocurrency after bitcoin (BTC), ether (ETH) continues to capture the world’s attention. This time by the merger (known in English as The Merge) of the current blockchain with the Proof-of-Stake (PoS) consensus algorithm, which will be held on September 19, 2022.

This new version of the blockchain has everyone waiting for it, as it is a significant change that promises to solve some of the fundamental problems of Ethereum. With the merger, the developers want to make the network more energy efficient.

It all started in December 2020 with a simple and enigmatic tweet in which the birth of Ethereum 2.0 was announced. Since then, multiple trials and advances have been made to make the change from Ethereum to Ethereum 2.0 a reality. Why was this merger necessary? How will it impact the cryptocurrency market? And what does it mean for ether investors?

Why the need for a merger for Ethereum?

Simply put, to make Ethereum a more energy efficient blockchain and facilitate its future scalability. Some are for it, some are against it, but the merger seems imminent. With it, it is intended to reduce the energy consumption associated with the Ethereum network and favor the development of second layer solutions.

And the protagonist of the merger is the change of the consensus algorithm. Ethereum will go from Proof of Work (PoW) a Proof of Staking, so you will say goodbye to mining. These are terms that you have to know well so that you understand what is behind the Ethereum merger.

New consensus algorithm in Ethereum: From Proof of Work (PoW) to Proof of Stake (PoS)

Proof of Work or Proof of Work, is one of the best known and oldest consensus algorithms because it is the one that Bitcoin uses. It consists in solving difficult mathematical problems, known as hash puzzles. This is an energetically expensive process and requires the use of equipment specially designed for this purpose. Its main purpose is to hinder unwanted behavior, such as fraudulent transactions.

Until now, Ethereum used PoW to confirm transactions and add new blocks to the chain. The miners used specialized hardware to process the mathematical puzzles. The first to get the answer, receives the cryptocurrencies.

The problem with PoW is its high power consumption. That is one of the reasons why more efficient and ecological alternatives were sought. One of them is Proof Of Stake (PoS), another consensus algorithm in which there are no miners, there are validators.

With PoS, no mining equipment is required. This consensus is based on the number of cryptocurrencies that validators own to back up the network. In the case of Ethereum, validators have to acquire 32 ETH to participate in the verification process, confirm the block and receive the reward.

Now, not because the validator acquires the required minimum amount of ETH does it mean that he will automatically be able to start validating and making money. An algorithm is responsible for assigning one of the validators to verify a block and receive the reward, if approved.

Apart from being more energy efficient, PoS encourages decentralization. Although both consensuses, PoW and PoS have their advantages and disadvantages.

Is an Ethereum fork coming?

With the Ethereum merger it is expected that a hard fork will occur or hard fork in the face of the refusal of some that the network goes from using PoW to PoS. A fork is an update or adjustment of the rules of operation of a blockchain.

There are two types of forks: soft (soft fork) and duras (hard fork). Soft ones are characterized by slight modifications in which the old and new blocks can coexist in the same network. Hard forks are radical changes in the code that make the new blockchain incompatible with the old one, resulting in two different blockchains.

One of the best-known examples of hard fork it’s Bitcoin Cash. This is a fork of Bitcoin that emerged in August 2017 with the aim of improving some features of the original blockchain, such as block size and the number of transactions per second. Although it achieved its technical goals, the community remained faithful to Bitcoin.

Another case of a fork is that of Ethereum in 2016. The Decentralized Autonomous Body (DAO) of the blockchain was originally conceived as a venture fund that in a short time gained popularity and raised more than 12 million ETH. The problem is that a hacker found a vulnerability in the code, so he was able to steal 3.6 million ETH.

In order to prevent the rest of the funds from being stolen and to save the DAO, the community decided that Ethereum would go through a hard fork. This allowed the funds to be returned to many of the victims and Ethereum Classic (ETC) was born.

How you can prepare for the Ethereum merger

If a new Ethereum hard fork occurs with the merger, ETH holders would be at risk from market volatility. In this scenario, exchanges like Poloniex they already have a solution in mind.

Poloniex has a history of supporting forks. In fact, it is the first exchange to list the Ethereum Classic fork. And recently announced that it will offer support complete to the Ethereum merger and its possible hard fork.

Justin Sun said in Twitter that, as the first exchange to support Ethereum and Ethereum Classic, now Poloniex is the first to support a possible hard fork. He also mentioned in the social network that, if the fork happens, some ETHW and ETHS tokens will be donated to contribute to the development of the ecosystem.

Before the merger, users who are holders of ETH in Poloniex will be able to exchange your ether by two “potential forked” tokens: ETHS (IOU) and ETHW (IOU). ETHS is the token that would correspond to Ethereum, that is, to the new PoS blockchain. While ETHW is the token for the forked blockchain that uses PoW as a consensus algorithm.

You can exchange ETH for these two tokens starting August 8, 2022 until the Ethereum update, which is expected on September 19. And you can trade the new pairs ETHS/USDT, ETHW/USDT, ETHS/USDD, ETHW/USDD added to the platform. All users will enjoy a zero trading fee for these pairs.

There are two possible scenarios after the merger: that a hard fork is generated or not. For both, Poloniex he’s ready. If there is a fork, the ETHS token will automatically be converted into ETH. The ETHW token will remain, the exchange will adapt the name according to the consensus of its community, and enable deposits and withdrawals.

If the fork does not occur, Poloniex will remove the ETHS and ETHW tokens from its list and ETH will simply remain. Keep in mind that investing in these tokens is riskyfor there is nothing written in stone yet. So the investment will be based on speculation.

And yes, bifurcation can happen. But nothing ensures that it will have the support of the developers or that there will be enough hashrate for a long time, which will result in ETHW losing all its value. Therefore, be careful and do not invest more than you are willing to lose.