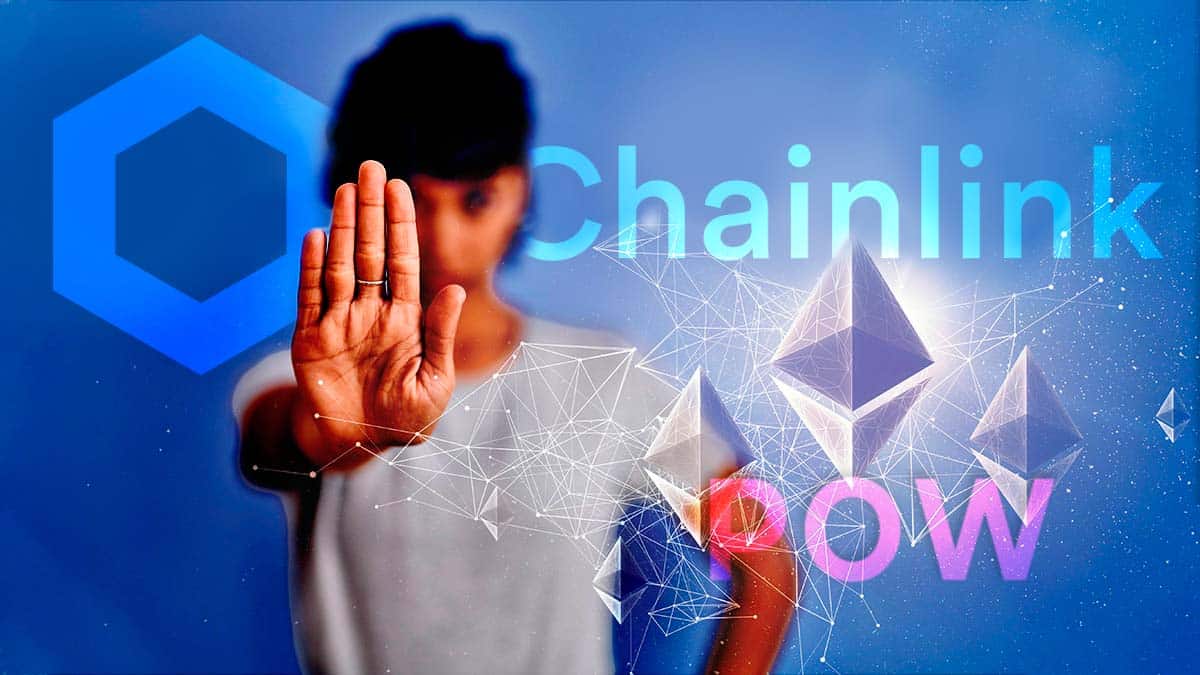 The Chainlink protocol informed its users that it will not support any of the possible forks (or forks, in English) that the Ethereum network may have, including those that work with proof of work (Proof of Work or PoW).

The determination is in line with the decision of the Ethereum Foundation and the community to upgrade the network to a consensus with proof of participation (Proof of Stake or PoS). This resolution, ensure the company, was reached through the “social consensus”, and that is what they are based on to support this initiative.

Instead, Chainlink will support the new version of the network, Ethereum 2.0, which will work with proof of stake instead of the current proof of work to validate new blocks on the blockchain. “The Chainlink protocol and its services will remain operational during and after the merger to the consensus layer with PoS,” the developer company reported.

Fusion, also known as The Merge, is the step to this new version, which is projected by mid-September. “Chainlink Labs is following a rigorous quality control process in preparation for the merger,” they added.

In this regard, it is pointed out in the communiqué the possibility that decentralized applications operating on forked versions of Ethereum will behave “unexpectedly”. Therefore, they emphasize the need for developers to comply with certain security guidelines to protect end users.

Chainlink is a protocol compatible with Ethereum and with other networks which provides decentralized oracle services. The objective of these tools is to provide each of these networks with data from the external world, such as the market price of certain assets.