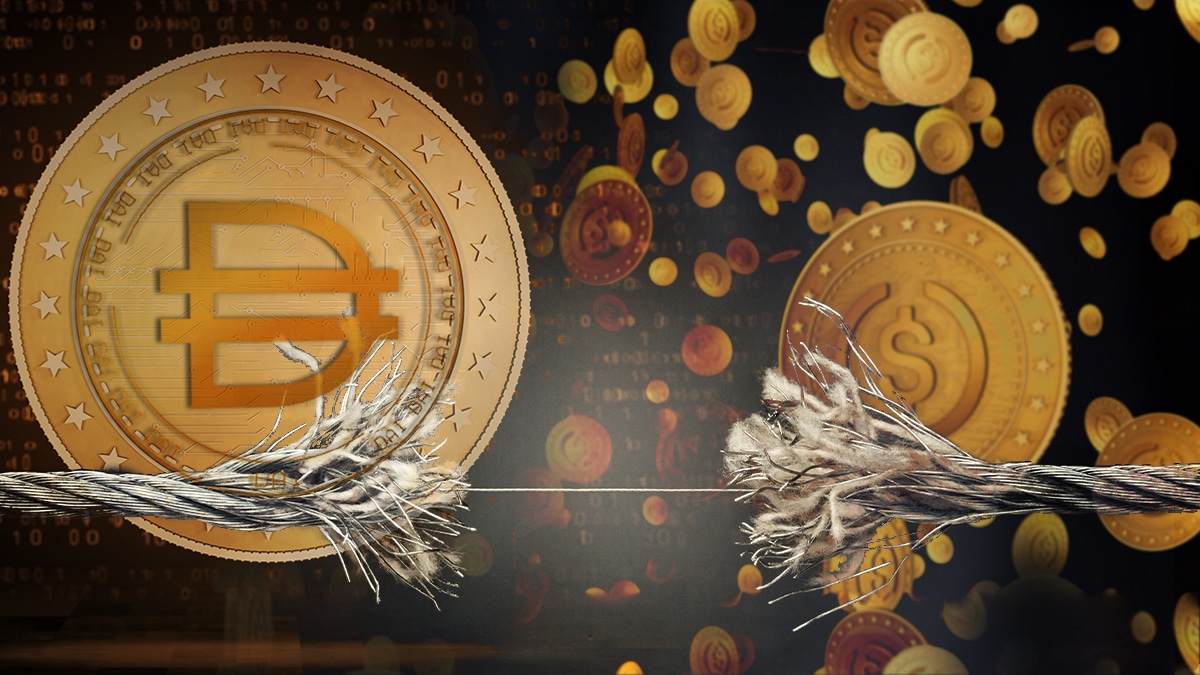 MakerDAO, the organization behind DAI, a decentralized stablecoin, is considering changing all its reserves into USD Coin (USDC), which is about USD 3.5 billion and represents 49% of its reserves. A decision that could lead to the stablecoin losing its parity with the US dollar if the process does not go well.

The proposal is given after Circle, the company behind USDC, decided to freeze all usdcs within Tornado Cash-related addresses, after the US Treasury decided to sanction this platform.

For the founder of MakerDAO, Rune Christensen, this movement on the part of Circle is a kind of censorship, which has set off alarm bells in the organization. Because of this, they have been cornered to look for a solution that does not make them depend on the decisions of this company, one of them being to sell all the USDC that DAI owns as collateral.

For Christensen, this scenario is “inevitable”. However, sell such an amount of USDC from its reserves, it could cause DAI to lose its parity with the dollar. To this, the founder of MakerDAO considers that it is a risk that the community must assume, all for the sake of DAI.

Before such a proposal is executed, this must be passed by a vote of the community taking into account that MakerDAO bases its structure on a decentralized autonomous organization (DAO), so the holders of MKR (platform governance token) will have the last word on this decision.

However, Mariano Conti, who has worked closely with MakerDAO, commented yesterday at the ETHLatam conference, held in Buenos Aires, Argentina, that the majority of MKR is in the possession of the founders of the platform. “They decentralized the platform, but centralized the governance,” he commented. This type of scenario opens up the possibility of MakerDAO making a decision that the community does not share.

Vitalik Buterin thinks this is a very bad idea

The opinions of personalities about this idea were not long in coming. A user, @banteg, who was in charge of filtering Christensen’s conversations, rumored that it is possible that the USD 3.5 billion that MakerDAO owns in USDC will be exchanged for ETH.

Ethereum’s own co-founder Vitalik Buterin answering this rumor, comment that this would be a “risky and terrible idea.” Given that, with such a volume of demand, the price of guarantees would fall excessively, being able to convert the collateral into “fractional reserves” that they could end up breaking the system. It should be noted that currently, of the total collateral in DAI, only 7.4% is in ETH.

Buterin believes that no type of guarantee should exceed more than 20% in ETH. Taking into account that it is a volatile asset.

For the moment, it remains to wait if the proposal for the collateral change is made public, and the destination of more than USD 3,5 billion in USDC.

Bitcoin Price Prediction for Today! Will BTC Surge Beyond $17,100?