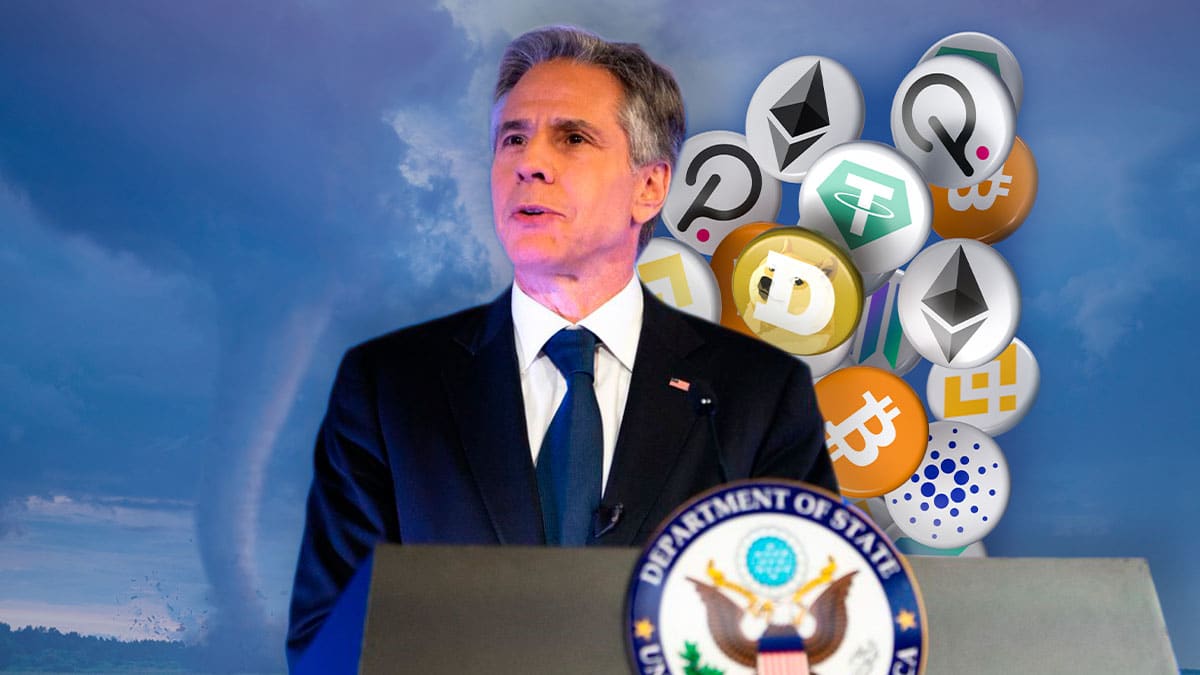 The Tornado Cash cryptocurrency mixing service, since last Monday has been on the blacklist of the US Treasury Department for its alleged use for money laundering. In this regard, Secretary of State Antony Blinken spoke out, who said that the country will continue to “aggressively pursue” cryptocurrency mixers suspected of laundering illicit funds.

The sanction imposed by the U.S. Treasury Department on the ethereum mixer, is related to the alleged use that North Korea gives to the tool. The institution claims that it was used to launder money from attacks made by Lazarus Group, a hacker entity sponsored by the Asian country.

The cryptocurrency community is expressing its rejection to the Secretary of State’s announcement, many express concern about what they consider a violation of the right to privacy users and government overreach. They warn that a neutral tool that runs autonomously is being sanctioned.

Regarding this, the lawyer of Spain Cris Carrascosa, a specialist in the cryptocurrency ecosystem, did not take long to react to the message from Blinken with some irony: “The Internet is to blame. Go against that too.” By this he meant that a tool cannot be held responsible for the misuse that some users make of it.

Other users respond to the head of American diplomacy with expressions of Edward Snowden, known for exposing the domestic surveillance and espionage programs of the United States, who often says: “Privacy is a function of freedom.”

Someone else will remember to Blinken a fact recorded on Wikipedia: “The Ninth Circuit Court of Appeals ruled that the source code of the Tornado Cash software was protected by the First Amendment and that government regulations preventing its publication were unconstitutional.”

A declared war on the cryptocurrency mix?

In any case, US institutions seem to be very concerned about the cryptocurrency ecosystem while they continue to discuss the framework for regulating cryptoassets, but without having reached a consensus.

In fact, it is not the first time that the US Treasury sanctions a cryptocurrency mixer. In May, the country announced sanctions against the North Korean company Blender, also accused of helping Lazarus Group carry out cryptocurrency theft.

At that moment Antony Blinken say: “we will continue to address North Korea’s illegal cyber activities, as well as violations of UN Security Council resolutions.”

In addition, Treasury Undersecretary for Terrorism and Financial Intelligence Brian Nelson noted that cryptocurrency mixers that aid illicit transactions “pose a threat for the national security interests of the United States.”

“We are taking action against North Korea’s illicit financial activity and will not allow state-sponsored theft and its money laundering enablers to go unanswered,” Nelson added.