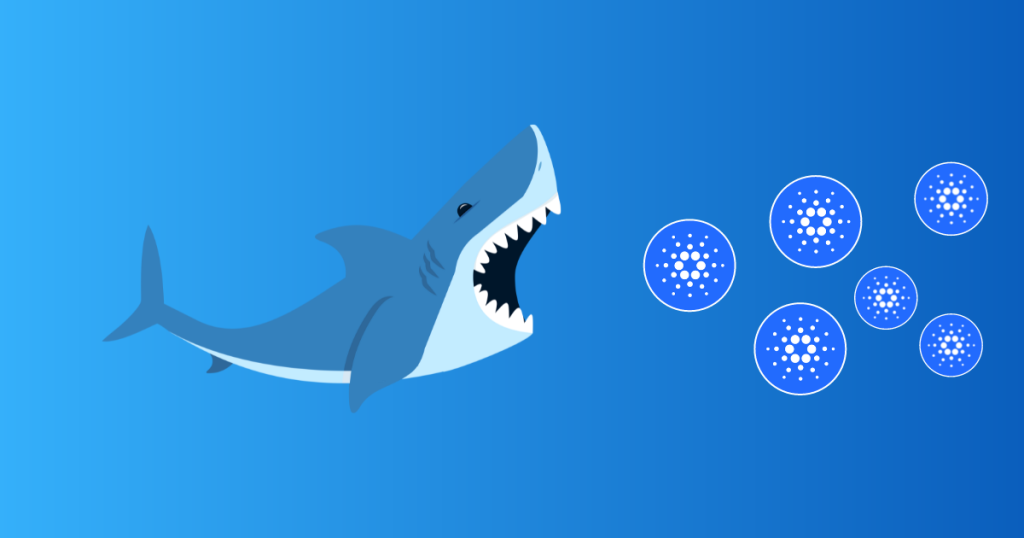 ADA Price Analysis: Here’s Why Cardano Price May not Remain Consolidated below $0.3 for a Long Time!

The post ADA Price Analysis: Here’s Why Cardano Price May not Remain Consolidated below $0.3 for a Long Time! appeared first on Coinpedia Fintech News

The crypto space is witnessing a minute roller coaster ride, with the price undergoing small ups and downs. Besides some of the prices of the tokens like Cardano remained plateaued with an equal brawl between the bulls and the bears. However, the stagnant trend is expected to vanish very soon as the fractal represented a revival of a bullish trend very soon.

Over the past week, the price of ADA fell precipitously, experiencing a double-digit decline of more than 14%. With the drop, sharks increased their accumulation, which spiked to levels not seen since June 2021.

As per the data from Santiment, the Cardano sharks have been accumulating steadily since June 2022. Moreover, they utilized the great buying opportunity after the FTX collapse when the prices were slashed to its half.

“Key Cardano sharks have been accumulating steadily since June. And they have taken this level of dip buying to a new level since the FTX fallout in early November. Addresses holding 10K to 100K $ADA have added $83M worth of coins since November 7th,”

Besides the social dominance of the token has also raised significantly, immediately after the FTX debacle. The levels soared from the lows of around 0.55% during the mid of November to as high as 1.63% by the end.

Additionally, the total weighted sentiments which combine all the positive and negative mentions and compare with the frequency over time also raised very high. This indicates that the market participants are bullish on the asset and hence preparing for a larger move at the earliest.

Besides, the dormant tokens which were not been moved in the past 3 years were moved during the same time marking a gigantic move incoming very soon.

Collectively, all the indicators are pointing toward the Cardano price preparing for the long run, aiming to reach new highs once the market sentiments flip from the bearish trap. With a move, the ADA price may surge high to reclaim the lost levels very soon.

Here Is What A Top Analyst Predicts Will Happen To Polygon (MATIC), Solana (SOL), And Cardano (ADA)

Altcoins for the Day: Near Protocol (NEAR), Fantom (FTM), & Gala (GALA) May offer a Good Entry Soon!