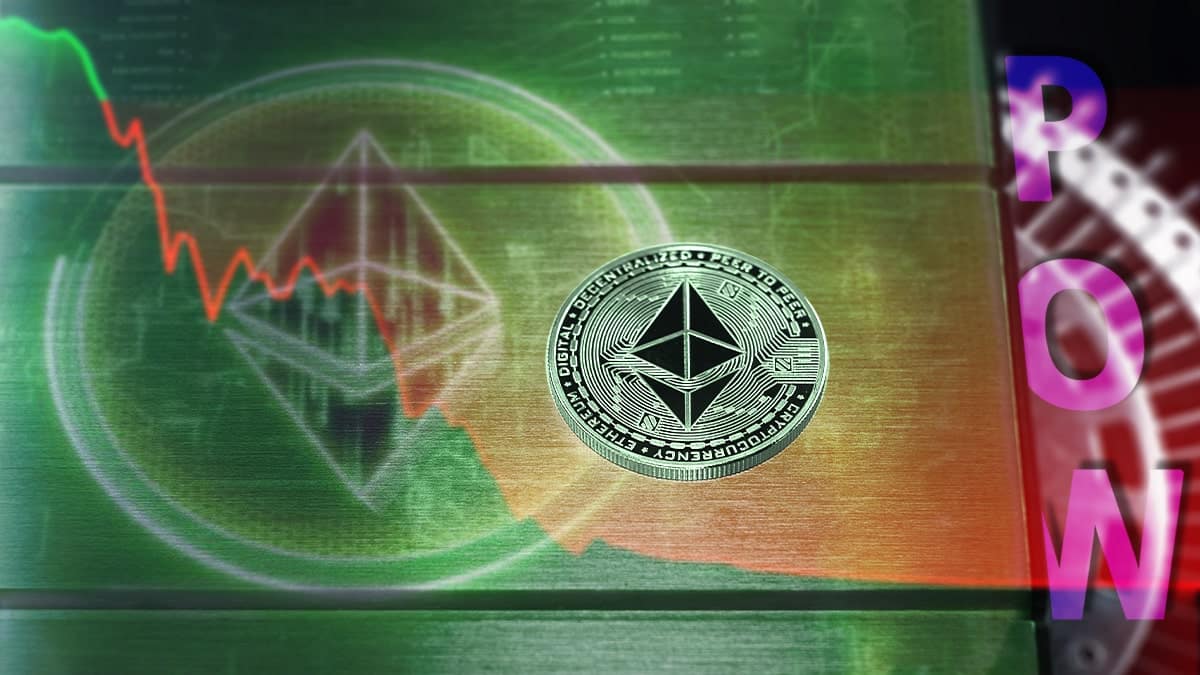 Last week, Poloniex, one of the oldest exchanges in the ecosystem, took the initiative to list the ETHS and ETHW tokens. These are tokens that represent the two networks that would arise in the event that Ethereum was forked after the merger (The Merge).

At its launch, the ETHW token was traded over $150 on the first day of life, following the announcement of Poloniex on August 8. However, since this date, the token has maintained a downward trend losing more than 50% of its value.

It should be noted that, according to the Poloniex statement, this would only be a speculative token. When the merger is executed, ETHS holders would automatically convert their tokens into ETH, as this would be the main network. If Ethereum is finally forked, those who own ETHW will receive the corresponding tokens from that network. However, there is a risk that, if Ethereum were not forked, the ETHW would be lost.

However, it is worth noting that, along with Poloniex, several exchanges have joined the fork token boat. BitMEX, for example, opened trades for futures of the Ethereum fork token, ETHPOW. It was launched with a quote of USD 96 and is currently around USD 64.

As stipulated, it is planned that the merger (“The Merge”), the stage that will give way to the proof of participation in Ethereum, is scheduled for this September 15th. Since this stage will put an end to PoW mining, some parties have decided to keep the Ethereum network with proof of work, forking it from Ethereum 2.0.

One of the main drivers of this idea is Chandler Guo, an investor and miner of Chinese nationality, who was very involved with the Ethereum Classic fork in 2016. Other personalities such as the founder of Tron, Justin Sun, have also given their support to this new Ethereum fork, communicating that he will donate 1 million of the new ETH to those who fork the network.