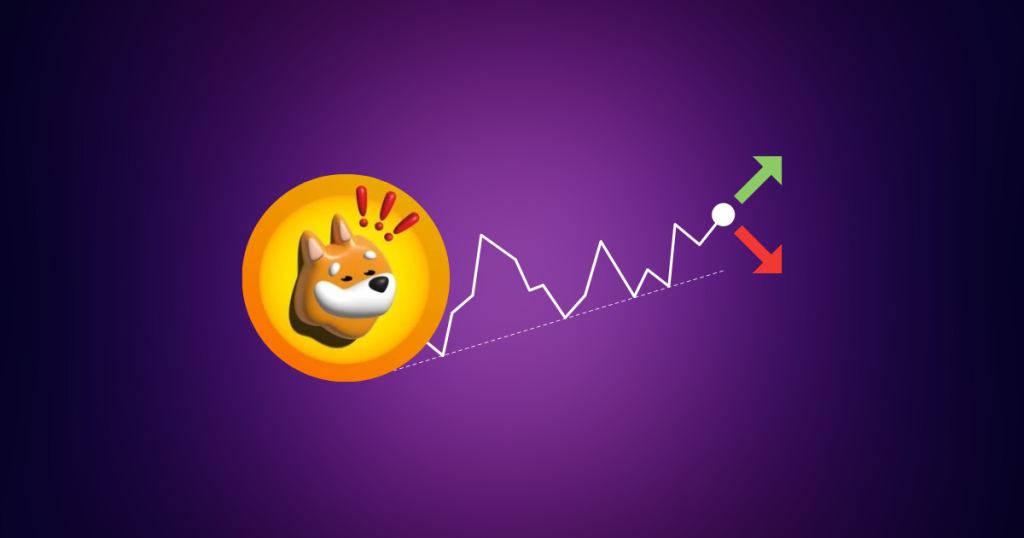 Last week, we experienced a perfect instance of a meme token generating so much publicity at the beginning of its release that spikes its price up to an incredible high, then the enthusiasm dies down almost as soon as it began, resulting in the token witnessing a massive reduction in value.

The token in question is Solana’s meme token Bonk (BONK).  According to the information given by CoinGecko at the time this article was written, BONK’s price has decreased by 35% in the last 24 hours and by nearly 70% in the last seven days. But is this it for BONK? Or is there a possibility that the token price may see yet another significant increase?

Could BONK Spike Up Again?

BONK, which is the first and currently only meme token on the Solana network, has the potential to see better days and follow a development path similar to that of SHIB and DOGE. Nevertheless, in order for this to be successful, it must be supported by the most significant exchanges in the sector.

There is one thing that the majority of the most popular meme currencies in the cryptocurrency business all have in common, and that is the fact that they are all listed on the most prominent exchanges such as Binance, Kraken, and Coinbase. DOGE and SHIB are two examples of these coins.

BONK will need to be listed on at least one of these exchanges in order for it to reclaim its price and record a somewhat significant price rise in the foreseeable future. This is a move that will infuse tremendous liquidity and assist BONK to maintain its trading volume, which previously exceeded Ethereum’s.

On the other hand, it is quite unlikely that BONK will ever be able to acquire the same degree of widespread acceptance as other cryptocurrencies such as Bitcoin and Ethereum.

However, having the token listed on a reputable exchange will do wonders for the price of the token. Let’s see what the future holds.

Where XRP Price Is Heading Next With Ripple VS SEC Case Nearing the End?

Why Are Portuguese Increasingly Excited About Cryptocurrency Trading: Expert Blog