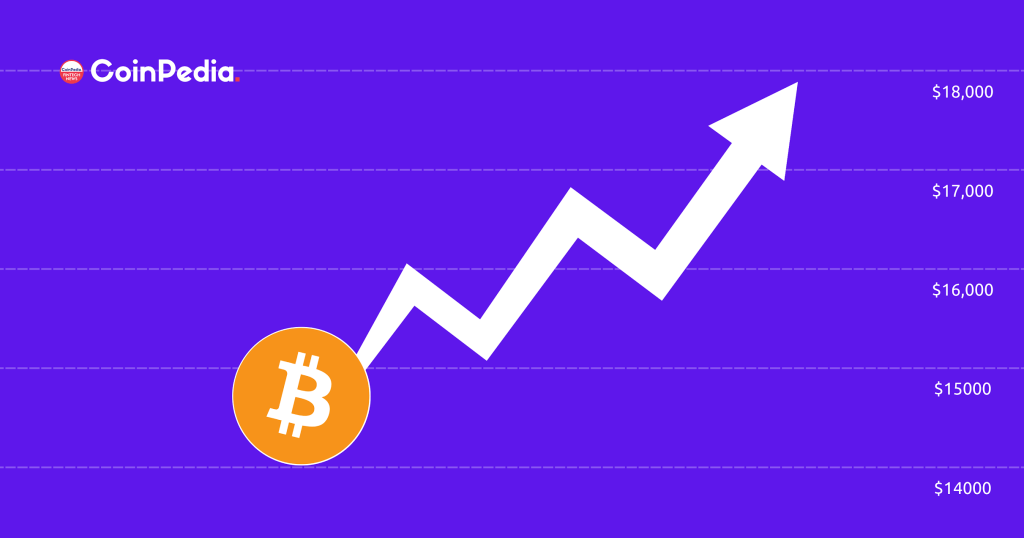 Bitcoin Bottoms May be Dismissed! BTC Price Needs to Make out to These Levels in Q1 2023

The post Bitcoin Bottoms May be Dismissed! BTC Price Needs to Make out to These Levels in Q1 2023 appeared first on Coinpedia Fintech News

The Bitcoin price has been trading in a narrow range recently, following a steep drop due to the collapse of the FTX exchange. Volatility and volume have remained low, causing the price to remain bearish. However, there have been a few spikes in price.

In the past few days, there have been several events in the crypto space that have had a significant impact on the BTC price. One of the most recent was a record withdrawal of over $3 billion from Binance, which caused the price to rise above $18,000. However, the recent CPI and FED rates have also affected the price.

Overall, despite these various events, the BTC price has shown some bullish signs, although the bears are still in control.

The recent spike in BTC beyond $18,000 was caused by a variety of factors, including Binance buying tokens on the market, algorithmic buying, speculation above the pivot, and investors jumping in out of fear of missing out (FOMO). However, despite the Federal Reserve’s increased interest rates, it is expected that economic tightening will continue, which could push prices lower.

As a result, the possibility of Bitcoin forming a bottom is still on the table, with lower targets remaining around $15,000 and $13,000 for the current bear cycle. Technical analysis in both the daily and weekly timeframes is neutral, with the BTC price appearing to have been rejected from the 50-day moving average (MA) levels. This level acts as a major resistance, and for the BTC price to remain bearish, it must stay below these levels. If it breaks above, bulls may take control of the rally.

Bitcoin is on the Verge To Slice Through $30,000-Micheal Van De Poppe

This is Why Bitcoin is Not Heading toward $28,000 – Is AltSeason on the Edge?