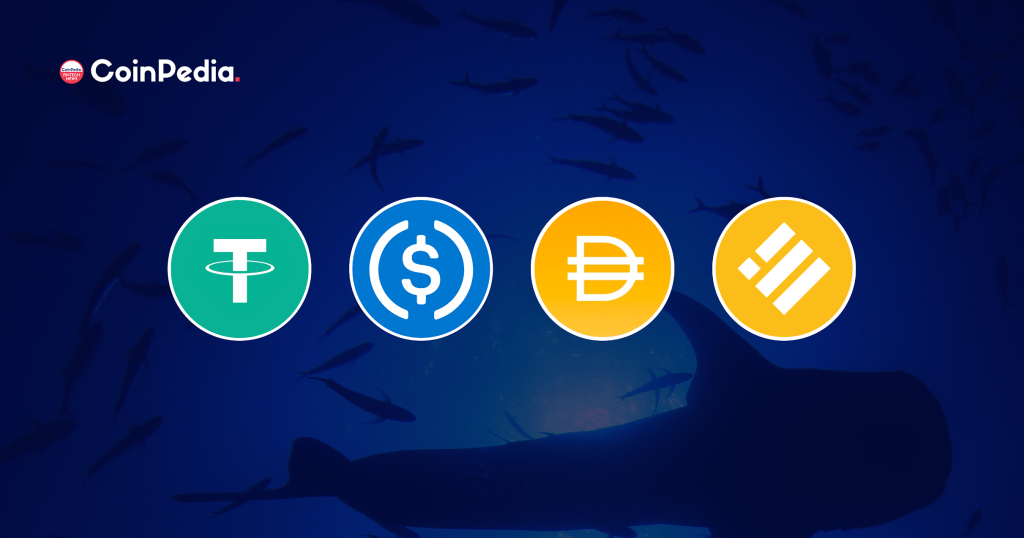 The post Whales Are Accumulating Stablecoins? What Does This Mean for Bitcoin and Altcoin Prices? appeared first on Coinpedia Fintech News

This morning, the leading cryptocurrencies are trading in the negative after seeing a short bullish run yesterday and the day before. Additionally, the overall cryptocurrency market is experiencing increased selling pressure. This is most likely a direct result of the Federal Reserve’s decision to boost interest rates by 50 basis points.

According to data provided by Santiment, major players are gradually making their way back into the cryptocurrency market, which results in an overall increase in purchasing power.

On-chain data shows whales have resumed their activities and have been amassing stablecoins such as USDT, USDC, BUSD, and DAI. These addresses are often those with a holding of one hundred thousand dollars or more, which allows them to accumulate a lot of stablecoins.

The green line show the daily closing price of Bitcoin during the last year. The green area shows the share of the Bitcoin supply owned by the most important Bitcoin addresses, those with 100 Bitcoins or more but less than 10,000 Bitcoins.

Investors now understand, as a result of the rate rise, that the Federal Reserve may still maintain its aggressive monetary policy in 2023, despite the fact that the rate hike was less significant than in previous years. And despite the fact that we had anticipated it would get less severe as the new year began, the decision made by the Fed demonstrates that it most likely won’t.

According to statistics provided by CoinGecko at the time this article was written, Bitcoin, the most valuable cryptocurrency as measured by market cap, was exchanging hands for $17,673, a decline of 0.7% over the course of the previous twenty-four hours. The price of one Ether has dropped by 2.6% in the last day and is now at $1,288.

It’s abundantly clear that investor mood has a major impact in driving up or driving down the price of cryptocurrencies. And given the recent events involving FTX and the Federal Reserve’s decision to raise interest rates, it’s possible that they are not feeling very bullish right now.

However, a change may be on the horizon today. Though maybe not with pricing just yet, whales are finally stockpiling rather than selling. The above chart shows that there are, nonetheless, enormous upswings.

Bitcoin Bottoms May be Dismissed! BTC Price Needs to Make out to These Levels in Q1 2023