The popular meme currency, Shiba Inu (shib), has suddenly gained popularity. Though its competitor Dogecoin is ahead of Shiba Inu in terms of market capitalization, SHIB is much ahead in terms of development. On the other hand, Shiba Inu has also been the victim of volatility as the currency has been declining.

Earlier this year, Shiba Inu launched an option to burn SHIB in order to lower the number of SHIB in circulation as this process will make SHIB scarce and interun help in gaining value. However, since the implementation, SHIB burn rate has declined.

In Fact the Shib Superstore, a Twitter account related to Travis Johnson SHIB burn games, revealed that SHIB can be burnt via amazon 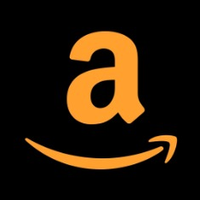 purchases. Here the commission that is received from sales made on Amazon will be spent to purchase SHIB tokens which will be then pulled out of the circulation. At present, this program has burnt nearly 192,169,000 SHIB tokens which is valued at $2,115.

After the program was launched the SHIB community had high hopes as it would make the currency scarce and increase its price value. However, the result has been opposite as the burn rate has been declining. As per ShibburnIn the last 24hrs, the burn rate has plunged by more than 88%.

Meanwhile, the Direction Movement Index (DMI) is neither bullish nor bearish which makes it difficult for investors to know Shiba Inu’s further price action. If the Shiba Inu price decides to move within the declining channel, the price might fall below $0.00001000.