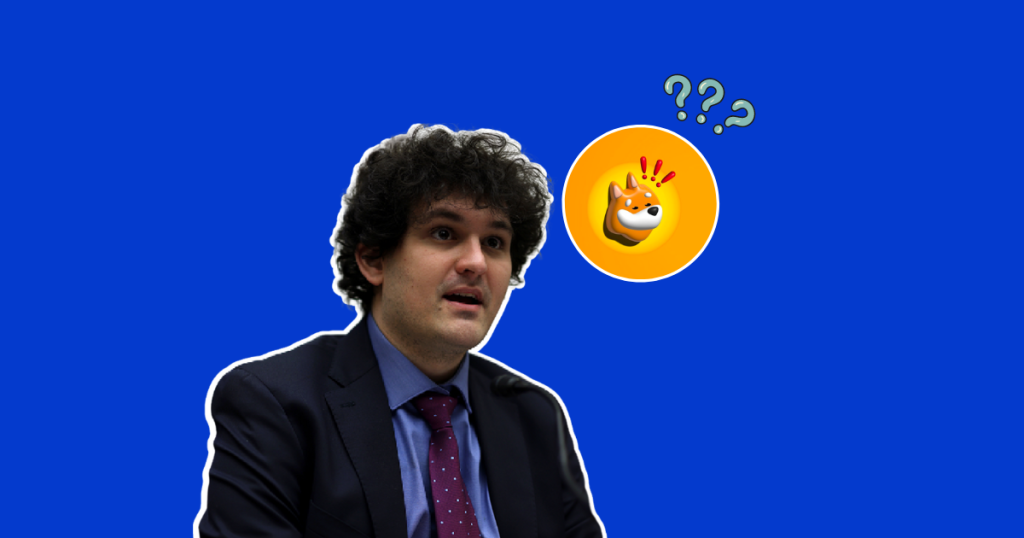 Is Sam Bankman-Fried The Mastermind Behind New Meme Token ‘BONK’?

Bonk (BONK) is a new meme token with a Shiba Inu emblem that airdropped half of its total supply of 56 trillion tokens. During an airdrop, a cryptocurrency releases a free supply of its token to a number of crypto wallets as a tactic to acquire users or as a reward for community members.

The Solana community has shown enthusiasm for BONK, leading to an uptick in SOL. Its price has increased 17.7% in the last day and 25% in the last week, reaching $13.85 at press time. Solana NFT collections received around 20% of Bonk’s airdrop supply or about 300,000 tokens.

According to CoinGecko, the Shiba Inu-themed meme coin also increased over 100% in the previous 24 hours.

However, some people seem to think that disgraced FTX founder Sam Bankman-Fried is the brain behind the new meme coin. Here’s Why.

Ben Armstrong, known as “Bitboy Crypto” and a well-known crypto influencer and YouTuber, has stated that SBF and Alameda are responsible for Bonk.

He said, “If you don’t think it’s possible SBF/Alameda is behind BONK, you are intellectually dishonest. I’m not saying it’s guaranteed, but the more I look at it the stronger I believe the possibility is.”

However, this opinion is not shared by those who commented on the post, with some saying Armstrong is ‘deranged’ and obsessed with SBF.

Bonk has gained traction, but it is possible it will follow the trend of other meme tokens, experiencing a pump followed by a severe drop with little or no rebound. However, it has helped the Solana ecosystem gain momentum at a time when some considered it dead.

This is the most encouraging news for the Solana market in the past two months since the collapse of cryptocurrency exchange FTX in early November, which caused SOL’s price to drop and interest in the area to wane.