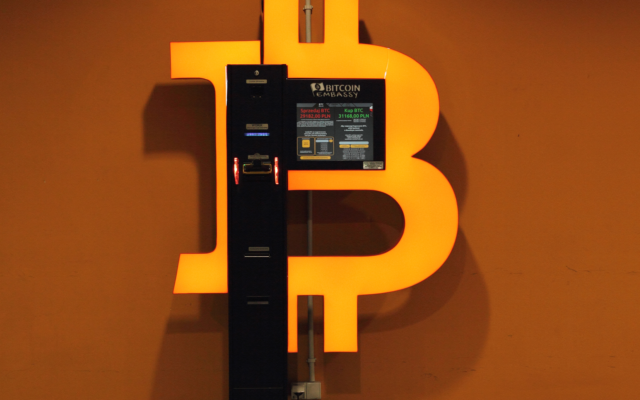 Bitcoin ATMs saw the highest monthly increase in May 2019 for almost a year with a net growth of 228 across the globe.

Data from Coinatmradar shows that the increase in bitcoin ATM installation across the globe in May 2019 reached a 1-year high. Comparing the number of machines installed and removed during the month shows net positive growth of 228. 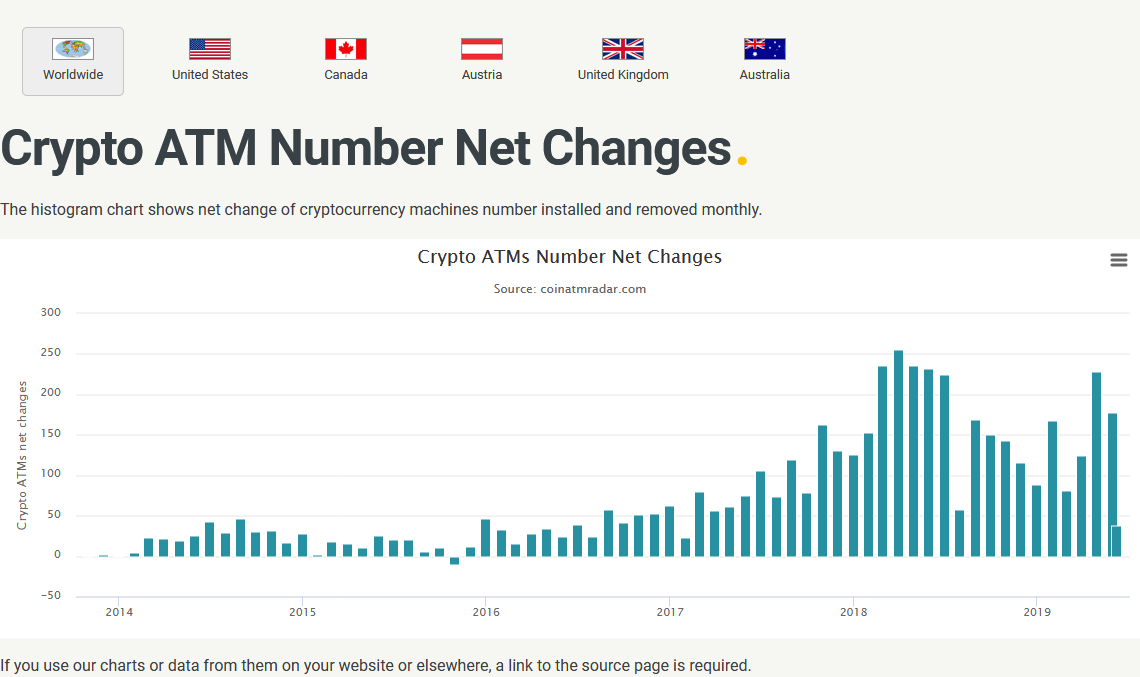 Operators installed 306 bitcoin ATMs during the month, bumping up the number of such machines from 4,690 to 4,898. The highest ever net positive growth as recorded by Coinatmradar is still the 256 achieve in April 2018.

This significant increase in crypto ATM installation in May 2019 coincides with the market’s best month so far in the year. Bitcoin, in particular, added more than $3,500 to its price in May, increasing by close to 60%.

BTC’s stellar performance in May saw its year-to-date growth cross 120 percent. The top-ranked cryptocurrency has since dipped by about 10 percent after reaching a 2019 high of $9,100.

According to Coinatmradar, more bitcoin kiosks offered support for other cryptocurrencies in May 2019 than in previous months. In its monthly summary report published on Thursday (June 6, 2019) the platform revealed that 69.6 percent of all machines features support for other tokens apart from BTC. 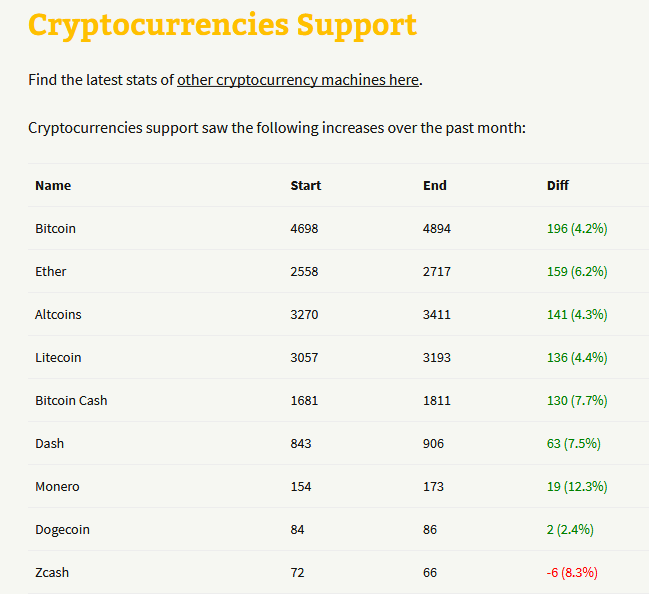 Ether (ETH) remains the most popular supported cryptocurrency after bitcoin with litecoin and bitcoin cash in second and third, respectively (as far as altcoin support is concerned). More than 150 machines added support for ETH in May 2019.

As at press time, there are 4,935 crypto ATMs spread over 77 countries around the world. The United States still has the greatest number of such machines and also saw the highest number of installations in May 2019.

The U.K. and Hungary had the second and third highest increase in bitcoin ATM installation for the month. Bahrain also got its first ever bitcoin ATM, currently located in Manama.

Amid the continued growth of the crypto ATM market, there appears to be regulatory trouble on the horizon, especially from Canada. The country is second in the world after the United States when it comes to hosting these specialized machines. Now, city officials in Vancouver are reportedly looking to ban bitcoin ATMs.

Law enforcement officials in the city say crypto kiosks are being used to for money laundering. The first ever bitcoin ATM in the world was installed in Vancouver back in 2013.

Meanwhile, south of the border, Coinstar announced last month that it’s planning to expand bitcoin buying support to over 2,200 location across the U.S. after a successful trial. Though, it should be noted that these aren’t counted in as specialized ‘bitcoin ATMs’ by CoinATMRadar.

Do you think the increasing number of bitcoin ATMs will make cryptocurrencies more mainstream? Let us know in the comments below.