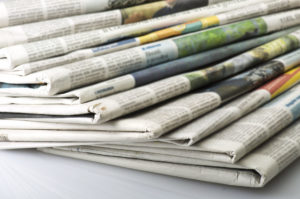 The latest Bitcoin 00 gains have been difficult to ignore, even in traditionally crypto-negative corners of the mainstream media.

Since 2017’s crypto-frenzy, there has been an interesting shift in the mainstream financial media when it comes to Bitcoin. When every ICO which hit the market was attracting millions of dollars in investment, it begrudgingly came on board – only to be left with egg on its face when that market inevitably imploded.

The crypto-winter which followed and lasted almost 18 months gave the traditional media time to regain its head. The new default position seemed to be a mixture of gloating, over-caution, or outright ignorance. And who could blame it? It had a reputation to regain, and ‘once bitten, twice shy,’ as they say.

Forbes is perhaps the most open towards crypto, publishing many well-reasoned and even-handed articles throughout the downturn. At press time, it was yet to report the latest BTC gains, although it has pumped Litecoin twice in the past few days. All articles do however come with an editor’s note, which is slightly on the gloomy side:

Investing in cryptocoins or tokens is highly speculative and the market is largely unregulated. Anyone considering it should be prepared to lose their entire investment.

Erring On The Unnecessarily Negative?

However, the picture is very different at other outlets.

CNBC and even the Financial Times were moved to publish articles, with CNBC’s Fast Money tweeting a picture of a little rocket ship and the potential for $10k.

It happened. Could $10k be next for bitcoin? pic.twitter.com/NAfMHSe1dt

But both articles felt the need to pour cold water on the overall positivity, the FT signing off with:

CNBC ended the article with a similar sentiment, about Bitcoin being “still well off its all-time high,” although that isn’t exactly true. Last time BTC was at $8.5k in a bull market it was less than three weeks away from that ATH. Six months earlier it was under $1.5k.

Six months ago Bitcoin bottomed out at around $3.2k. A new all-time high could be a lot closer than they think.

Bloomberg led with ‘Bitcoin Jumps Toward $9,000 in Best-Performing Month Since 2017’ which was a great start for the publication. In fact, its article is largely constructed of positive sentiment from a variety crypto-commentators.

It couldn’t get by without mentioning JPMorgan’s warning that Bitcoin had surged beyond its “intrinsic value.” Also included was a note from Bloomberg Intelligence analyst Mike McGlone, suggesting the rally was “running too hot.”

But the most negative article from the financial media (so the New York Post doesn’t qualify), came from the Motley Fool. An article published yesterday was titled ‘Why this year’s move in Bitcoin could be a dead-cat bounce.’

However the author admitted that he “wouldn’t touch Bitcoin with a bargepole wherever the price is,” and signed off with:

I think the stock market is a far better vehicle for the potential generation of wealth than the world of cryptocurrencies.

On which he is demonstrably wrong, by a factor of ten.

What do you think about mainstream media coverage of Bitcoin? Let us know in the comments below!