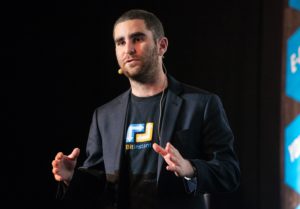 Charlie Shrem scored an important first goal in his ongoing legal match against the Winklevoss twins. A judge has lifted a previous order which froze Shrem’s assets, in the $32 million case.

As Bitcoinist reported last week, the Winklevii are pursuing Shrem for $32 million dollars over an alleged 5,000 stolen bitcoin. The dispute dates back to 2012 when the twins gave Shrem $250,000 to buy bitcoin for them.

A judge (the same one who presided over his ‘Silk Road’ trial), last month froze some of Shrem’s financial assets. This order has now been lifted, and Shrem can start buying expensive things again.

Shrem has recently been on quite a spending spree, acquiring Maseratis, power boats, and a $2 million Florida property. This raised the twins suspicions and pre-empted the lawsuit, which noted that:

Either Shrem has been incredibly lucky and successful since leaving prison, or — more likely — he ‘acquired’ his… holdings with the appreciated value of the 5,000 Bitcoin he stole…

The brothers hired an investigator who allegedly found 5000 bitcoin, transferred in 2013 through wallets associated with Shrem. The transfers went to Xapo and Coinbase, and it was these funds Shrem held with these companies, which were previously frozen.

Shrem and his lawyer vehemently deny the claims made in the lawsuit and called this latest ruling the first step to complete vindication.

Shrem claimed that he never owned the 5,000 bitcoin, and asked for the case to be thrown out. He said that the bitcoin belonged to a prominent industry figure who he did not name.

Despite requests to 30 institutions for information, the twins’ lawyers have so far only identified assets valuing $10. They said, “We do not have to show that he is actually hiding assets, although we believe he is.”

Shrem’s lawyer said that the lawsuit is a dispute over $61,000, which he agreed to hold in escrow pending the trial. The trial date is set for June 17.

Who do you believe in this case between the Winklevoss twins and Shrem? Share your thoughts below!

Winklevoss: Sitting on the Sidelines is Crazier Than Investing in Bitcoin

Facebook Talks ‘GlobalCoin’ With CFTC (While Bitcoin Never Had To)