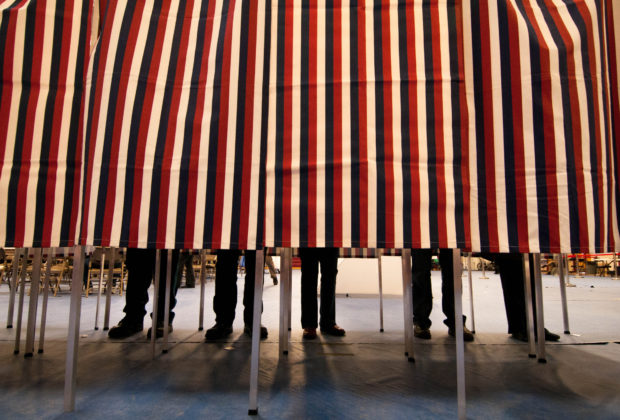 After this week’s highly-fraught midterm elections, some commentators believe that blockchain is more useless than ever for voting.

After Tuesday’s crucial midterm elections, commentators — many of them academics and researchers — reinforced the importance of traditional voting methods, offering a strong critique blockchain.

NBC’s Jasmin Boyce reported on a number of voices that emerged in response to social media debate regarding the merits of blockchain in polling places. Princeton professor Arvind Narayanan singled out the “[…] Avacado” argument in the tweet below:

Here's the deal, blockchain boosters. We know you're desperately pushing "X on the blockchain" ideas. If you're trying to convince Walmart it needs blockchains to track avocados or whatever, be our guest. But if you're messing with critical infrastructure, you've crossed a line.

Despite stern warnings about crossing the proverbial ‘line,’ the dialogue continued. Dr. Angela Walch, a law professor at St. Mary’s University in San Antonia Texas, was quick to respond on social media.

Walch holds a J.D. from Harvard Law School, on top of a law B.A. from the same institution. Walch is noted for her intensive research and publications regarding blockchain tech. Her academic page reads:

Walch was nominated for “Blockchain Person of the Year” for 2016 by Crypto Coins News for her work on the governance of blockchain technologies and her influential article in American Banker arguing that the coders and miners of public blockchains should be treated as fiduciaries.

This is ridiculous. Please stop pumping #blockchain tech for critically important use cases like voting in public elections when all actual voting experts disagree. Misleading policy makers and the public on this is irresponsible. https://t.co/avrc3psrA0

Like Walch’s response to the tweet above, Narayanan maintains similar feelings. He similarly remarks on the journalistic integrity and irresponsibility of outlets like the New York Times. Narayanan cites an August 7th Vanity Fair piece, describing “[…] people who’ve actually studied the topic.”

The New York Times published an amazingly irresponsible op-ed calling for blockchain voting, and election security experts responded with a giant facepalm. Here's why. Let's start with this roundup of opinions from people who've actually studied the topic: https://t.co/5hhoqByPq7

NBC‘s Boyce also noted UPenn professor Matt Blaze’s sentiments. Blaze called out the “charlatans” who act as though blockchain is the electoral equivalent of a “cure” for cancer:

The charlatans pushing for blockchain elections and online voting are doing the equivalent of advocating a healthcare policy that assumes we’re about to cure cancer. Maybe we will, but best not to bet on it. https://t.co/JXQmUy6luq

The Voting Debate Rages On

This week’s midterm elections constitute an ongoing conversation regarding the role of blockchain tech in the electoral process. The trend towards this dialogue extends beyond the U.S. alone.

On September 4th, Bitcoinist reported that in the Japanese city of Tsukuba, “[…] a new online voting system that incorporates blockchain has been introduced to let citizens vote for different social contribution project proposals.”

Despite optimistic outlooks from some, it appears that blockchain tech has quite the hill to climb before it gains mainstream acceptance electoral process.

What are your thoughts on the midterm elections, as well as the scholarly and ‘expert’ takes on blockchain in voting?

Bitcoin Price Analysis – Bulls Blast Through $4K But is a Correction Imminent?

From Bears to Bulls: Financial Advisors Change Opinions About Bitcoin After Crash Course

BitGoals Enters The Game in Time for the World Cup!